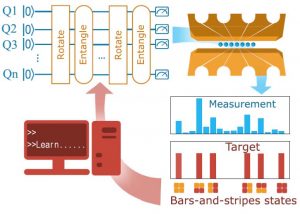 We train a small quantum computer to perform “generative modeling” of a particular class of quantum states in one of the first demonstrations of machine learning techniques applied to a quantum computer.  Multiple layers of a standard quantum circuit are generated, with the many classical parameters defining the circuit optimized to minimize a cost function.  We use different types of classical optimization subroutines, showing that in some cases, the classical optimizer is the performance bottleneck.

In a related experiment, we use a variational technique (quantum approximate optimization algorithm or QAOA) to generate “Thermofield Double States.”  These states are pairwise entangled across a ladder network when considered as a whole, but become identical thermal mixed states when considered individually, and their evolution scrambles qubits (see below). TFD states are relevant to theories of quantum gravity and wormholes, where the role of traversing a wormhole takes the form of quantum teleportation across the circuit. 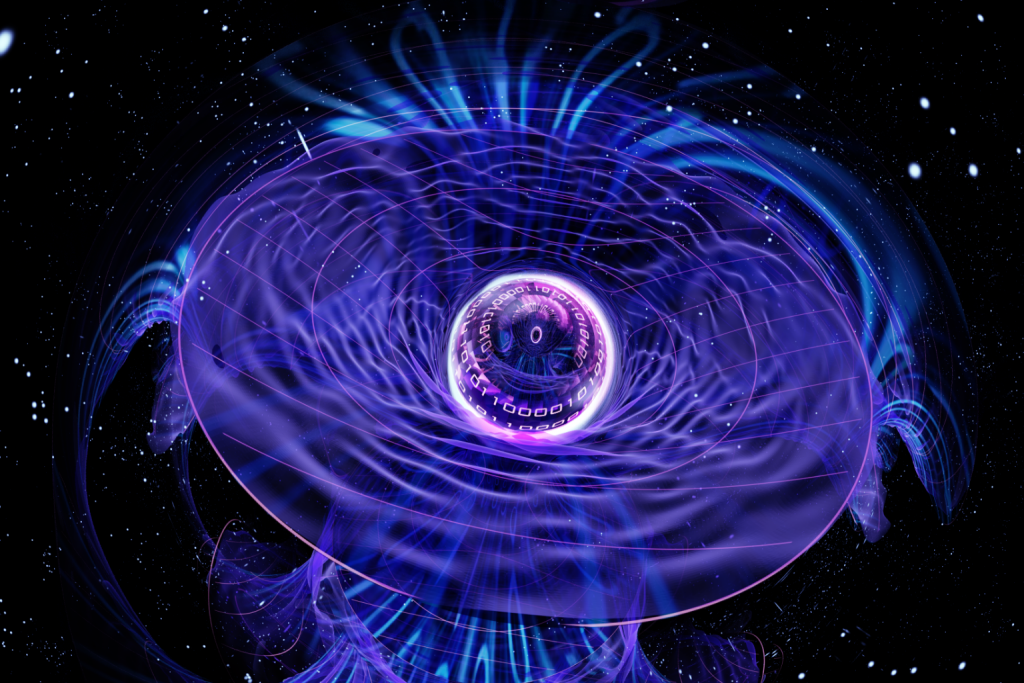 Quantum scrambling is the complete diffusion of information throughout a quantum system.  The system is not just entangled, but it is entangled at all depth levels throughout the whole system.  Scrambling is also thought to be the fate of information introduced into a black hole, and is a perfect example of the connection between quantum information and cosmology.  But scrambling it is very difficult to measure, because the space of quantum states is exponentially large. 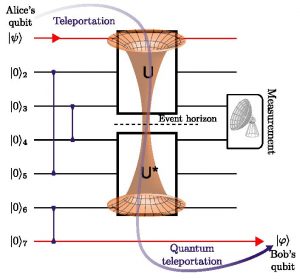 We didn’t create a black hole in the lab, but instead implemented a 7-qubit circuit on our universal quantum computer that for the first time shows the unambiguous detection of scrambling. The signature is a successful teleportation of information across the circuit. 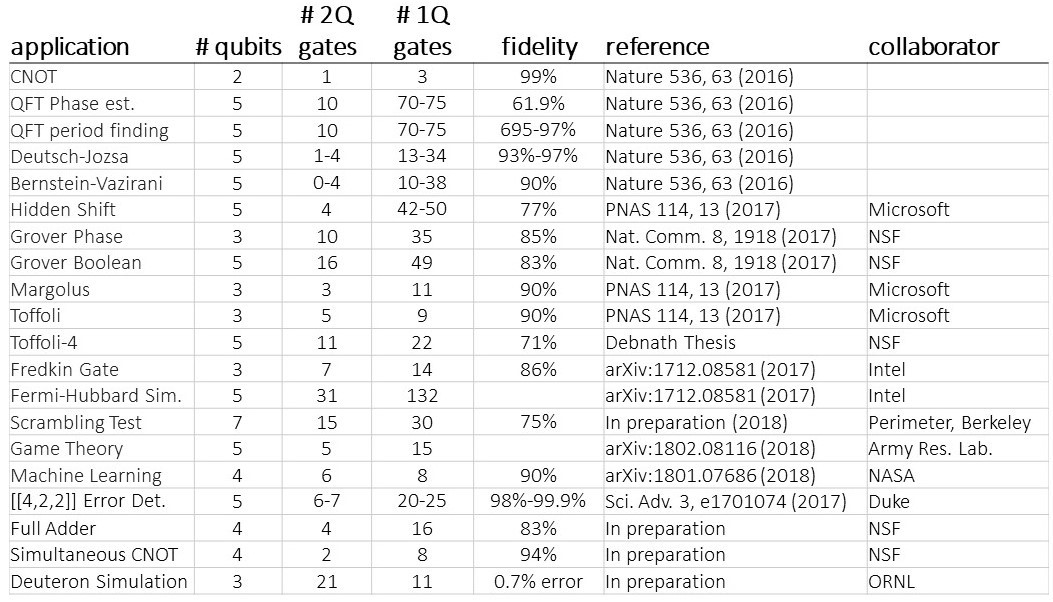 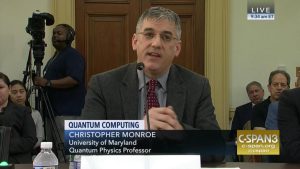 May 18, 2018: U.S. House of Representatives Committee on Energy and Commerce, “Disruptor Series” hearing on Quantum Computing 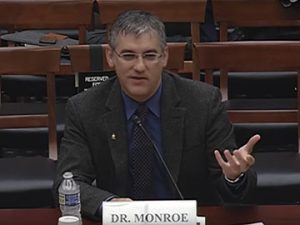 In one of the largest quantum simulations ever performed, up to 53 trapped ion qubits have been used to simulate properties of many body magnetic interactions.  The qubits are each prepared with individual control, and measured in a single shot with nearly 100% efficiency.  This allows the observation of arbitrary correlation functions that cannot be calculated.  This restricted quantum computer becomes fully programmable and reconfigurable with straightforward modifications in the control lasers. 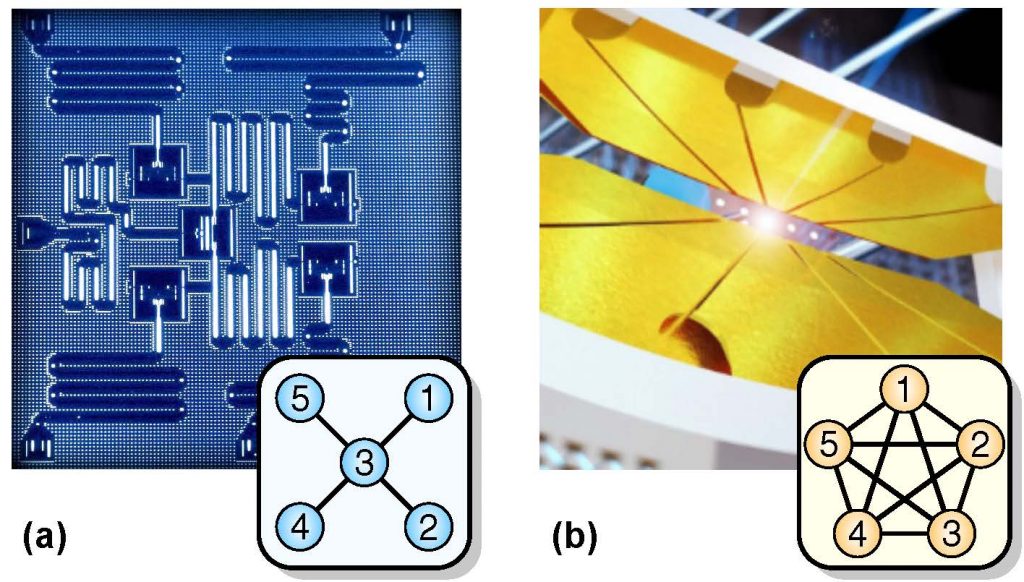 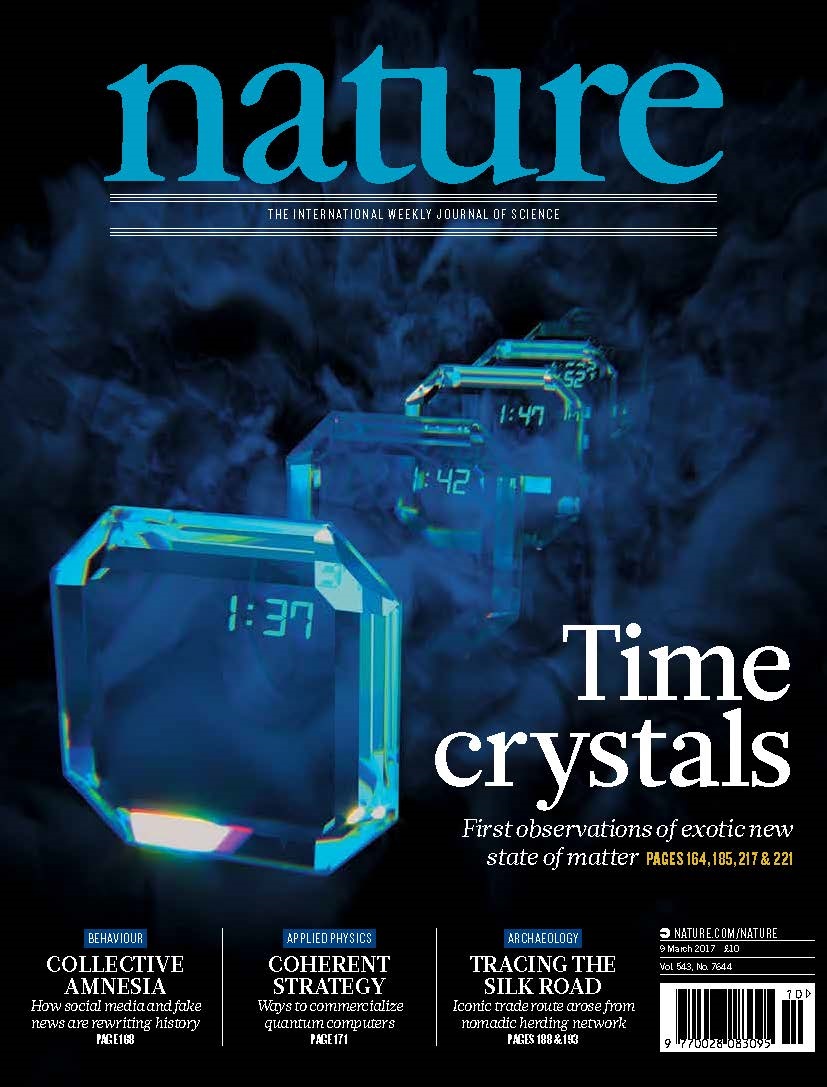 In a delicate balance between strong interactions, weak disorder, and a periodic driving force, a collection of trapped ions qubits has been made to pulsate with a period that is relatively insensitive to the drive. This is a time crystal, where the stable pulses emerge and break time symmetry – just like a freezing liquid breaks spatial symmetry and forms a spatial crystal. Trapped ion qubits can pulsate on their own with excellent passive stability, but this observation may guide the stabilization of complex solid-state systems, where true quantum behavior is usually masked by defects and impurities. 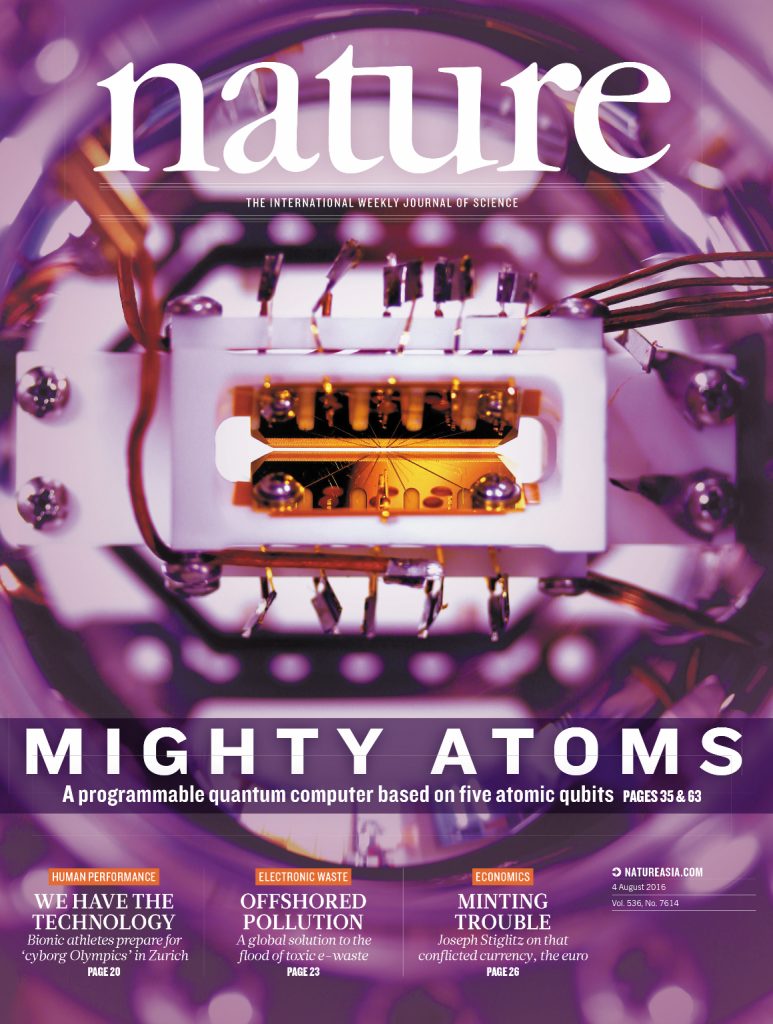 It’s just a five-qubit quantum computer, and anything it does is easily simulated on a laptop. However, these trapped ion qubits are fully connected, with entangling gates between all possible pairs. The qubits are dynamically “wired” from the outside with patterns of laser beams, so we can run any algorithm through software without modifying the base hardware.  While the individual gate operations are only about 98% pure, it should be possible to exceed the >99.9% purity others have demonstrated with two isolated ions. Most importantly, we have blueprints for scaling this system up to useful dimensions.

“Many-body Localization” is an emergent quantum feature, where a system of disordered quantum particles does not thermalize even in the presence of strong interactions.  MBL bestows some degree of quantum memory to an extended quantum system, even at high (or infinite) temperature where systems do not usually retain quantum coherence or entanglement.  We observe the phenomenon of MBL in a controlled system of exactly 10 atoms with strong interactions and programmable disorder, bridging the chasm between controlled qubits and emergent features of condensed matter physics.

Welcome to Prof. Christopher Monroe’s research group in the Joint Quantum Institute and the Departments of Physics and Electrical and Computer Engineering at the University of Maryland.